< Back to Latest News

Air pollution is a significant problem in many of the UK’s cities. In 2019, the Mayor of London, Sadiq Khan, released a statement that read, “two million Londoners are living in areas exceeding legal air limits – including 400,000 children.” 1 It’s no secret that globally, we’re slowly killing our planet and ruining the air quality with our gas guzzling motor vehicles.

Ironically, the design for the electric bike was originally patented in 1898 by Mathew J. Steffens, but became quickly forgotten when the invention of the motorcar stole the limelight. Nearly a century later, the 1990’s saw a resurgence of the electric bike, with the bulk of the growth being driven by China in a bid to combat air pollution. To highlight this further, in 1998 they had 56,000 eBikes on the road, and now China has over 120 million eBikes on the road.

Why choose an eBike?

If we really intend to address the ever pressing issue of climate change and air pollution, then it requires us all to curb our use of motorised transport – especially private cars.

Over a 2 year period, a study of 4,000 people living in London, Antwerp, Barcelona, Vienna, Orebro, Rome and Zurich, made a record of 10,000 travel diary entries. Whether it was a train ride to work, dropping the children to school, or riding the bus into town, for each journey the carbon footprint was calculated.2 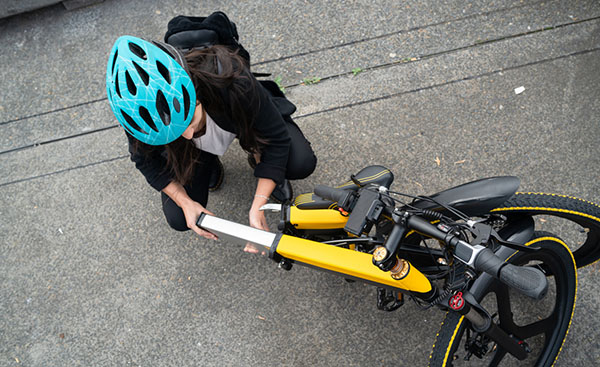 Here are some of the key takeaways:-

All in all, eBikes provide us with an alternative travel solution. A cleaner, greener, zero emission alternative – and one that we should all seriously consider! Under the Cycle2Work scheme you could get as much as up to 42% off the cost of your eBike.

What is the Cycle2Work scheme?

In a nutshell, Cycle2Work is a government initiative that offers a cost effective way to get new cycling equipment. If your employer is participating in the scheme, you won’t have to pay tax or national insurance on your equipment – saving you up to 42% on the cost! This reduced cost will be spread over the next 12-18 months, and deducted from your salary.

How much could I save with the cycle to work scheme?

The amount of savings will be different based on your level of remuneration and whether you hit the 40% tax paying threshold. We’ve illustrated the savings that can be made in the examples below based on purchasing an eBike for £5,000:-

Cost with Cycle2Work (Based on a 20% taxpayer)

Cost with Cycle2Work (Based on a 40% taxpayer) 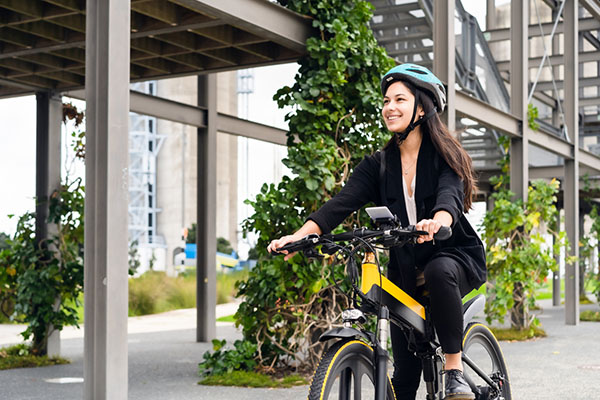 How do I apply for the Cycle2Work scheme?

Applying for Cycle2Work is wheelie easy! Just follow these steps:-

What are the different types of eBike available?

From road to mountain, to folding, and hybrid options, there are a multitude of different styles of eBikes to choose from. Whatever type of eBike you choose, you can be confident in the fact your mode of transport is environmentally friendly.

View electric bikes online here, or if you’re local to Petersfield, why not pop in and see us in-store and we can talk you through the various features and benefits of each.